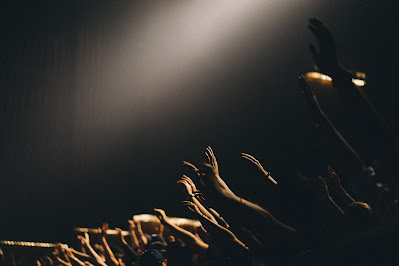 A lot of things in the bible have been lost from the church today. Church has drifted far from how Jesus and the apostles did ministry. Sometimes, church has even declared them obsolete in these modern times. Actually, anything in Scriptures that their human logic or theology cannot understand--or anything found in the bible they cannot do--they have declared outmoded.
Photo by Edwin Andrade on Unsplash.
Through years of excluding the supernatural ways of Jesus, lots of truths in the bible have become strange and even cultic to us today. Instead, things of this world have become church SOP or church standard operating procedure. It's alarming when the church becomes comfortable with the ways of the world but suspicious of the strange ways of the Holy Spirit. But the good news is, God's next move is to restore everything.

Jesus must remain in heaven until the time comes for God to restore everything, as he promised long ago through his holy prophets. [Acts 3.21]

Comfy with the World But Uncomfy with Heaven

They have chairmen and vice chairmen, presidents and vice presidents, directors, superintendents and missionaries, for instance. They're not disturbed one bit how these positions are more suitable for secular corporations than for the Kingdom. But they become suspicious when you tell them that church today should have apostles and prophets. Smart Alecks would even mock you. They'd raise their eyebrows if you tell them you speak in angelic tongues.

Click here for a review of the God's Flesh e-book.
On the other hand, those who do speak in tongues or perform signs and wonders misuse the gift. They just blurt out in tongues without observing Kingdom protocols in the bible. Worse, they use them to enrich themselves. But when God comes to restore everything, true men of God will demonstrate the power of the Kingdom in all righteousness and godly propriety.
Most churches understand the "gifts of the Holy Spirit" as natural talents like singing, playing the guitar, leadership, drawing and painting, friendliness, public speaking, etc. They'd laugh at you if you insist that the gifts of the Holy Spirit are supernatural, like gifts of healing and miracles, prophecy, tongues, interpretation of tongues, discerning between spirits, wisdom, knowledge. To them these are outdated. Archaic.

Others would insist that some folks have the "gift of wisdom" because they're smart (or have titles and degrees) and the "gift of knowledge" because they know so much, so well informed about their denominational manual or doctrines, for instance. Or getting high grades in school. They see everything in the physical, not anymore in the spirit realms. And they have conveniently replaced healing and miracles with medical science and doctors and medicines. They're content with that. They don't look for what Jesus and the ACTS church had, which was God and his awesome power. They just want their religion and ministry. But God is about to change all that. It's time for God's Next.

A Touch of God

Click here for a review of this e-book.
But as it is, all church can offer are what the world is already offering. And often, what the church offers is inferior in quality. Sometimes, church even borrows from the world because the world has better versions of everything. Church has lost its spiritual imagination. It just copies from the world, no longer led by the Spirit.
Church is content and fulfilled with its feeding programs and giving things to the poor. They get funding for this through solicitations, or begging. They even beg from non-believers. They say Nehemiah begged from a pagan king. Nehemiah didn't beg. The king offered help. And anyway, Nehemiah is not our model. He didn't die for us. Jesus didn't say, "Deny yourselves, pick up your cross and follow Nehemiah." We learn a lot from Nehemiah's experience with God, but he's not our model.

Jesus and the apostles never begged, and especially never begged from non-believers. Jesus did it supernaturally and the apostles never solicited from other people. Church today even sells tickets for concerts in the name of church building projects and its ministries, just like secular cause-oriented groups, clubs, NGOs and fraternities are doing. The church does nothing different that would turn the world upside down--that would make the world see the supernatural touch of God.

Once, I was listening to a Christian radio station. It's programs talked about politics, health, food, career, business and other things that secular radio programs also talked about. And they offered solutions that the world also offered. In their counselling sessions, they used psychology instead of the supernatural gifts of wisdom and discernment or the gift of prophecy. They invited lawyers to explain  problems on marriages instead of seeing it from the viewpoint of God, especially his apostolic teachings. Secular radio stations already offer the views of the world's experts, seeing marriage problems from a legal or social point of view. Christians should offer the spiritual dimensions of marriage and family, especially the supernatural plans of God for them.

I even heard some pastor-counselors on the radio agree with annulment and divorce. They said marrying another while your former spouse is still alive is permissible because annulment is legal. And if you had divorce in the US and marry another, it's permissible in church because divorce is legal in the US. One pastor popular in a Christian radio station even officiated a wedding between a woman and a divorced man whose former wife was still alive. Why put up a Christian station at all if you'd just air the standards of the world?

Then there is the one body of Christ. For centuries, churches have violated Jesus' complete unity in the church where all believers are "completely" or "perfectly" united. How united should they be? Jesus said they should have the same unity that the Father and Son have. It's even ridiculous how churches today cannot believe a church without denomination. Their minds are so different from Jesus' mind.

When they talk about "the body of Christ," they mean the unity of either their local church or their denomination. They cannot imagine all the Christian born-again churches of different denominations all over the world as one body, sharing everything and doing everything together--having the same one church, the body of Christ, and being loyal to it. Sharing finances and mission works. Sharing in local churches planted. Sharing members. To them, unity is only as far as temporary alliances and inter-church conferences are concerned.

But this is far from what unity Jesus talked about. It's being one flesh with Jesus and with each other. It is the same unity that the Father and Son have, and Jesus said He and the Father are one. Moreover, he also said that seeing him meant seeing the Father. All believers should have this same complete unity, being one body. In the last days, God will restore this.

But God will bring back everything man omitted or destroyed in church--every spiritual gift and equipment that God gave but which man threw out and claimed to be obsolete. But first, true repentance must happen before anything can be restored. And true repentance means giving up everything we have. We start by having all denominations sell their lands and properties and lay the sales at the apostles' feet. And then giving to the poor or anyone who had need.
Unity Among Apostles and Prophets
God's next move is to restore the complete unity of the apostles and prophets, as found in the Book of Acts, so evangelists, pastors and teachers can align and work with them, completely united as one man, as one body.  As it is today, they have separate ministries and even try to discredit each other. Like denominations, their idea of unity is form temporary alliances with other groups or affiliate loose assemblies into their fold to enlarge it. It's still a grab-people mentality.
True unity is predicated upon the voluntary giving up of rights and self importance by leaders to give way to a God-chosen leadership in the body of Christ. Like what John the baptizer did when he moved over to give way to Jesus' Messiahship.  "He must increase, I must decrease." It's also how the apostles agreed together to have James preside over their council meeting and act as presider.

12 The whole assembly became silent as they listened to Barnabas and Paul telling about the signs and wonders God had done among the Gentiles through them. 13 When they finished, James spoke up. “Brothers,” he said, “listen to me...19 “It is my judgment, therefore, that we should not make it difficult for the Gentiles who are turning to God. [Acts 15.13-19]

The church then moved and functioned genuinely as one body of Christ. The one doctrine was decided by one council for one global church. That's how God wanted it and he will restore this in these last days. I'm waiting to see all apostles and prophets worldwide come to this and drop their self-importance.

When John had a vision of heaven and the raptured saints from all over the world, this was what he saw:

9 After this I looked, and there before me was a great multitude that no one could count, from every nation, tribe, people and language, standing before the throne and before the Lamb. They were wearing white robes and were holding palm branches in their hands. {Revelation 7.9]

If this is how it is in heaven, this should be church culture on earth today. Because Jesus taught in his prayer:

"Your kingdom come, your will be done on earth as it is in heaven."

This is what God will restore in the last days before Jesus returns, leading to the genuine unity among all born-again Christian denominations, not to revive denominational churches but to demolish them and give way to the one true glorious church of Jesus, without spot or wrinkle or any blemish, holy and pure. This fulfills Jesus prayer in John 17.

23 I in them and you in me—so that they may be brought to complete unity. Then the world will know that you sent me and have loved them even as you have loved me. [John 17.23]

Then genuine evangelism and missions, as God wants them done, will finally happen. "Then the world will know..."

Smyrna and Philadelphia Churches in the Last Days

Among God's Next moves in these end-times is spotlighting the poor in spirit and the least is the greatest,  which are powerful apostol... 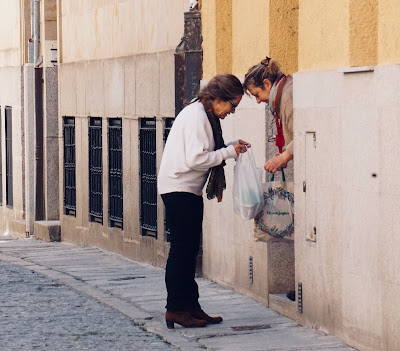